If you’re reading this, you want to one-up your note taking skills. Instead of the ‘transcribe what the person is saying into semi legible dot points’, there’s a new way.

And this brings us back to the basics.

Yep – and before you leave saying ‘fake news…’ , hear me and Hazel Wagner out.

Most likely, you did some form of it in school. Start at the centre, and branch out.

But over time, especially in VCE, ain’t nobody got time to draw octopus thingos. My notes became dry ass text, with nicely ordered dot points. I’d try to transcribe everything my teacher would say (especially in latin), and failed to actually understand the bigger picture.

And that’s the note-taking strategy i’ve relied on in life… until watching Hazel’s ted talk.

^There’s a lot more info in the ted talk, would highly recommend you watch.

Does it actually work?

All I put down were things I was interested in. Not everything she said. Not every word she uttered. Just the key ideas that stood out.

That makes reviewing notes SO much easier. It’s simple, easy to read. And the short phrases help retrieve the larger idea.

Give it a try. Definitely worth a shot. 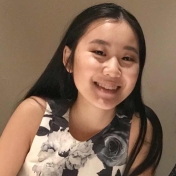